BANDAI NAMCO Entertainment America Inc just released Man of Medan Dev Diary #1 Part 2 but I also wanted to archive Part 1 if you are like me and missed it.

Developed by Supermassive Games, The Dark Pictures – Man of Medan is slated to launch in 2019 for the PlayStation®4 computer entertainment system, Xbox One, and STEAM® for PC.

The conclusion to the Dev Diary #1 video delves into the creative process at the critically-acclaimed studio behind the cult-classic thriller Until Dawn, Supermassive Games.

The second part of Dev Diary #1 continues to examine how Supermassive Games is creating the dark setting of Man of Medan with lighting effects, dissonant audio, and research into real-world military vessels and more. The Dark Pictures – Man of Medan includes a talented cast of actors, including stars Shawn Ashmore (X-Men, Quantum Break) and Pip Torrens (The Crown, Star Wars: The Force Awakens), whose in-game likenesses are rendered in vivid detail.

The Dark Pictures – Man of Medan will be available in both physical retail and digital download versions; the title is currently pending a final rating with the ESRB. 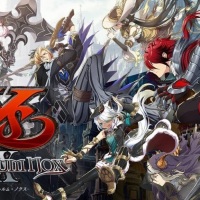