Joycity, a game developer and publisher, today announced that 3on3 Freestyle, its highly anticipated, fast-paced arcade-style half-court street basketball game, is now available exclusively on PlayStation® 4 (PS4).  Also announced today are strategic partnerships with Ball Up, the #1 street basketball brand in America, and Risewear, an athleisure line featuring sneakers and apparel, to bring colorful Ball Up branded basketball jerseys and Risewear shoes into the game.  3on3 Freestyle, which features mythical U.S. playgrounds, a fun and energetic hip-hop soundtrack and an amazing street vibe – all as a tribute to today’s urban culture – is now available for free download on the PlayStation®Store.

In 3on3 Freestyle, fifteen colorful, unique and recognizable male and female basketball players each have their own abilities and moves, being able to play a specific position. Players can use crisp passes, mesmerizing dribbling or force their way through defenders to win the game. Teammates must wisely pick their players in order to build the right team according to their preferred playstyle and their opponents. In addition to having different physical and technical attributes, each character has a specific backstory, written with the help of legendary writer Evan Skolnick, which unfolds along the player’s progress.

Ezra Choi, producer at Joycity said: “Right from the beginning, everything clicked with Ball Up. As companies, we share the same values and they have played an amazing role in helping us develop the game – from its style, the music, characters, etc. For the launch trailer, we got ballers Grayson ‘The Professor’ Boucher, Guy Dupuy a.k.a ‘Easy J’ and Chris Staples to visit our studio and play their parts, and even more exciting, we will be announcing soon which players will be making an appearance in the game!”

Players:          Each character wins points to unlock and upgrade their abilities, which includes dunks, long distance shots, stamina and more. Players must string their unique offensive and defensive skills into combos while keeping an eye on their team members’ capabilities.

Time Out:       Teams can trigger the “substitution” mode for a limited number of times every game, allowing everyone to change their character. But, watch out, as this also means the other team of three players can pick new characters (or stick to the one they are already playing), adding to the strategic aspect of the game!

·      3 v 3 online: With friends at home and alongside players from across the world

·      1 v 1 online: Compete against another player in frantic duels

Demetrius Spencer, CEO, Ball Up added: “I’m really excited about our partnership with Joycity and to be able to incorporate both Ball Up and Risewear into 3on3 Freestyle for players to use.”

This posting is the official press release from Joy City 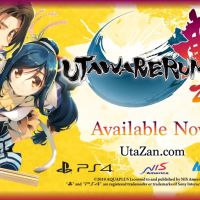 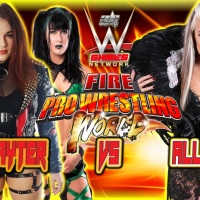