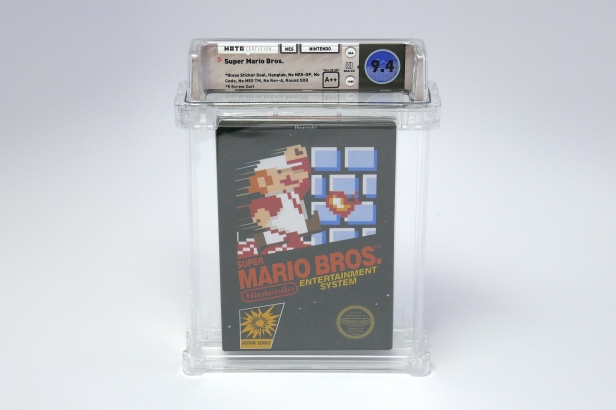 “Beyond the artistic and historical significance of this game is its supreme state of preservation,” says Kenneth Thrower, co-founder and chief grader of Wata Games. 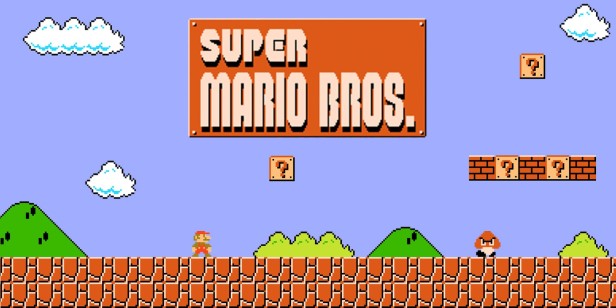 Due to its popularity, Nintendo reprinted Super Mario Bros. from 1985 to 1994 numerous times, resulting in 11 different box variations (according to this visual guide). The first two variations are “sticker sealed” copies that were only available in the New York and L.A. test market launch of the Nintendo Entertainment System (NES) in 1985 and 1986. Of all the sealed copies of Super Mario Bros., this is the only known “sticker sealed” copy and was certified by Wata Games with a Near Mint grade of 9.4 and a “Seal Rating” of A++.

“Not only are all of NES sticker sealed game’ extremely rare, but by their nature of not being sealed in shrink wrap they usually exhibit significant wear after more than 30 years,” Thrower said. “This game may be the condition census of all sticker sealed NES games known to exist.” 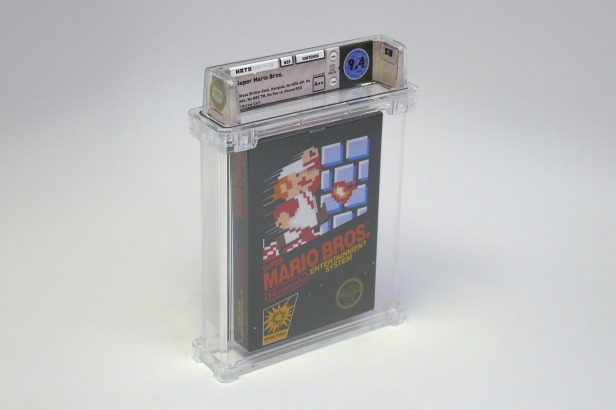 A group of collectors joined forces Feb. 6 to purchase the game, including some of the biggest names in video games and collectibles as a whole. The buyers include Jim Halperin, Founder and Co-Chairman of Heritage Auctions of Dallas, Texas; Zac Gieg, owner of Just Press Play Video Games in Lancaster, Pennsylvania, and Rich Lecce, renowned coin dealer, pioneering video game collector, and owner of Robert B. Lecce Numismatist Inc of Boca Raton, Florida.

“Super Mario Bros. is not only the most recognizable game of all time, it saved the video game industry in 1985,” said Wata Games President, Deniz Kahn. “In terms of rarity, popularity, and relevance to collectors, this game has it all. Mario is the most recognized fictional or non-fictional character in the world, more so than even Mickey Mouse. Super Mario Bros. launched the world’s largest game franchise and this copy is the only known sealed example from Nintendo’s test market release.

“I would have loved nothing more than to be a part-owner, and even though this game was already certified, I didn’t want the remote perception of any conflict of interest due to my position at Wata,” Kahn said. 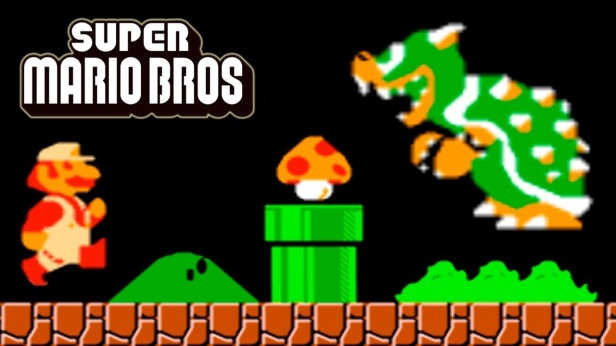 Gieg called this example the equivalent of the valuable comic book, Action Comics #1. “This is first appearance of Superman of video games,” he said. “We all knew how hard it is to find an open copy of this version in nice condition, but to find one still sealed is truly something I thought I would never see, even after selling vintage video games for over 20 years”

“More and more collectors from other fields are discovering how much fun it is to collect video games,” says Lecce. “It’s a very exciting time for our industry, especially with Heritage Auctions entering the secondary market for collectible vintage video games. With upcoming movie projects and three Nintendo-themed Universal amusement parks slated to open in 2020, the impact and popularity these characters have on our culture will be that much more apparent to new collectors entering the market.”

Wata-certified video games have been selling for record prices ever since Heritage began auctioning them in January. While many video games sell regularly for five figures, breaking the six-figure mark shows that the hobby’s upward trajectory indicates no signs of slowing down, Kahn said.

“I’m very happy with our purchase of the Super Mario Bros., considering the impact the release of this game had on the world and continues to have,” said Halperin. “The first Signature Auctions featuring Wata-certified video games run this February 21-23, and while this copy won’t appear in this auction, it just may end up in an auction sometime in the future.”

The Internet’s most popular auction-house website, HA.com, has over one million registered bidder-members and searchable free archives of four million past auction records with prices realized, descriptions and enlargeable photos. Reproduction rights routinely granted to media for photo credit.