The final release date for CODE VEIN has been revealed by BANDAI NAMCO Entertainment America Inc. today. The action-adventure title will be available in the Americas on September 27, 2019 for the PlayStation®4 computer entertainment system, Xbox One, and PC.

The new CODE VEIN trailer highlights the thirst for vengeance the Revenants and Lost have against each other in a fight for survival against a crumbling world.

Venture into the land of CODE VEIN and uncover its secrets. Players will be able to craft their own unique character and customize their experience by equipping numerous weapons, items, Skills, and Gifts to accommodate their favorite combat style or gain a competitive advantage against impossible odds. Various A.I. controlled partners will also be on-hand to explore the interconnected world with their own specialized attributes and personalities.

CODE VEIN will be available for the PlayStation 4 system, Xbox One, and PC later on September 27, 2019. 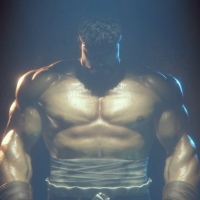