Remaster of Bullet Witch Casts and Blasts onto PCs Today
Dispatch Dangerous Demons by Gun or by Spell in PC Release of the Xbox 360 Cult Favorite, Complete with All DLC
Torrance, Calif. — April 25, 2018 — XSEED Games, the independent-minded publishing brand of Marvelous USA, Inc., today announced that the remaster of the Xbox 360 cult favorite, Bullet Witch, is now live on PC and available digitally on Steam and the Humble Store by Humble Bundle with a 10% launch week discount from its regular selling price of $14.99, €14.99, and £12.99. The PC release of Bullet Witch comes complete with updated visuals and graphical options including uncapped framerate to support modern PCs and includes all DLC costumes and bonus missions for free.
KEY FEATURES

This Is My Broomstick – Alicia’s gunrod can transform on the fly into four different weapons, each of which can be enchanted for extra punch and special perks. Mow down enemies to charge her magic meter then can call down thunderbolts, tornadoes and even meteors to blast the rest of them to kingdom come. Few gaming heroines have ever wielded as much raw power as Alicia at her peak. 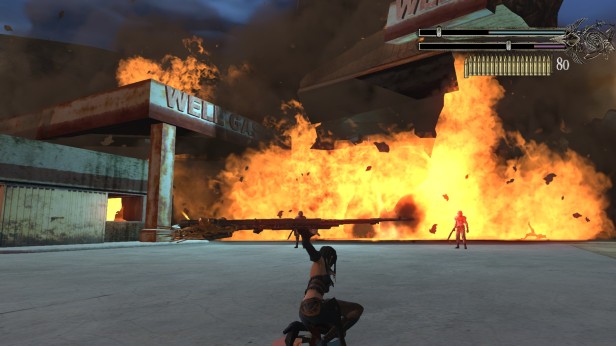 The Path Of Destruction – Nothing is safe from Alicia’s wrath, least of all the environment around her. Her magic can tear the roofs off of buildings, ignite an entire gas station, or level towers. If any enemies survive, use her telekinesis on the rubble to throw it at them and crush them flat.

Alicia Is Not Alone – Alicia’s strength and bravery will inspire the battle-hardened resistance fighters around her, and soon enough they’ll fight by her side. Use her magic to keep them alive and they just might return the favor.
*This posting is the official press release from XSEED Games for AntDaGamer publishings*

If you appreciate my postings and work please donate: