Sakura Wars comes to PlayStation 4 looking to light up the JRPG, Anime, and Mech gaming scene in a serious fashion. With Sakura Wars: The Animation anime officially underway this new game coming to the states is very complimentary.

This video courtesy of SEGA features over 90 minutes of action. The upcoming video will feature a better look at mech/armor gameplay. This video still shows how polished the game is. I believe this game is really so, so unbelievable in presentation, graphics, and style and probably is highly slept on during the Final Fantasy 7 Remake crazed area. If you have some more cash..PICK THIS UP!

In addition to this gameplay, you can see the launch trailer below.

Be sure to visit the official website: https://games.sega.com/sakurawars/. And the adventure doesn’t stop after the final bow – When you’re done playing, the story continues in Sakura Wars the Animation, available to stream on Funimation!
Sakura Wars Features: 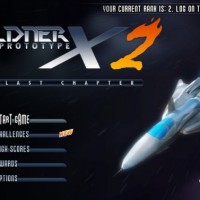