Unique Rockets-Only Hero Arena Shooter is First EA Game to Launch with Cross-Play Support on PlayStation 4, Xbox One and PC via Steam and Origin

REDWOOD CITY, Calif.–(BUSINESS WIRE)– Today, Electronic Arts Inc. (NASDAQ: EA) and Seattle-based studio Final Strike Games have announced that Rocket Arena, an explosive 3v3 shooter where rockets control everything, is now available with cross-play support on PlayStation®4, Xbox One and PC via Origin™ and Steam. Featuring a diverse roster of 10 playable heroes, customizable playstyles and highly competitive action, Rocket Arena offers visceral fast-paced combat that breaks genre conventions to be unlike any other hero shooter in its category. 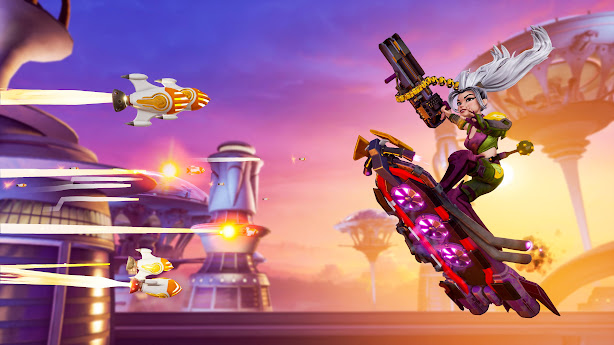 “Our game is a truly unique hero shooter that’s unlike anything players have experienced. At the surface, the fun and frantic combat is quick to grasp, but behind the curtain there is a robust, deep game that’s highly competitive, full of rockets, and challenging to master,” said Kevin Franklin, Co-Founder of Final Strike Games. “Our EA partnership has allowed our team to realize an uncompromised vision of Rocket Arena. With their support, we’ve crafted a deep multiplayer game, rich world and IP that we are incredibly proud of. We already have tons of free post-launch content in the works and can’t wait to share what else we have in store for all our players.” 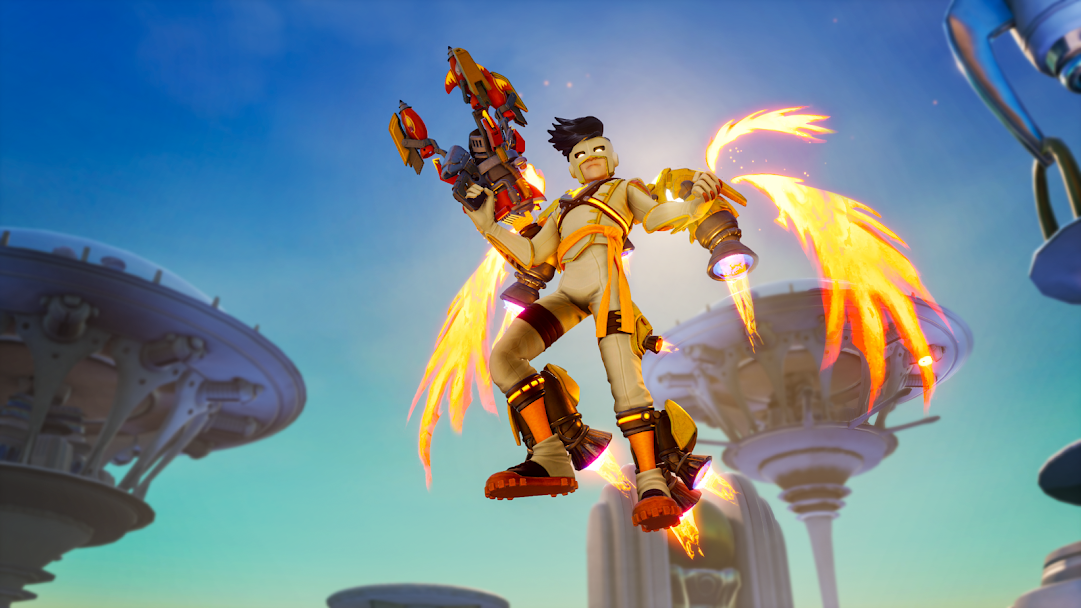 At launch, Rocket Arena will be giving players access to all 10 playable heroes, which feature 100 levels of progression, 10 diverse maps, 22 gameplay changing artifacts, custom games, as well as social and ranked playlists. The game will also include 4 competitive game modes, a cooperative mode, a training level and practice mode, daily and weekly challenges, and dozens of cosmetic items, all of which can be unlocked through in-game progression. 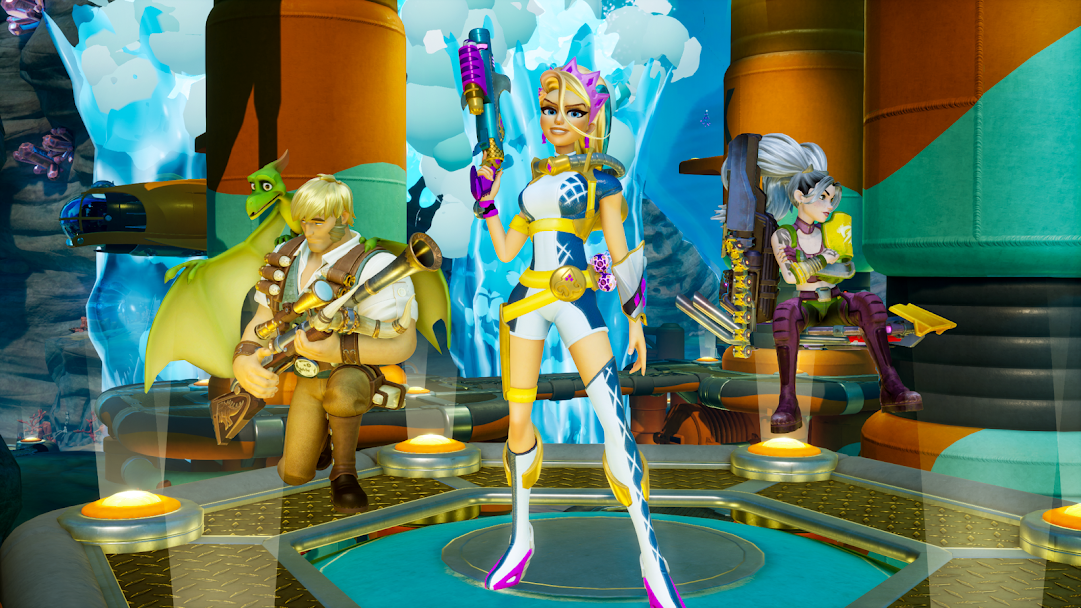 Rocket Arena features several unique mechanics to amplify player experience, including the Blast Meter which tells players how far their opponents will fly as they attempt to knock them out of the arena. Players are also never out of the action. Once KO’d, players fly back into the arena to survey the scene and return to the fight, keeping all competitors on their toes. Additionally, every hero in the game’s colorful lineup has their own distinctive personality, playstyle and signature rocket launcher, with a high skill ceiling that allows players to show off a variety of advanced movements like rocket jumping while sniping, dodging and firing combos. 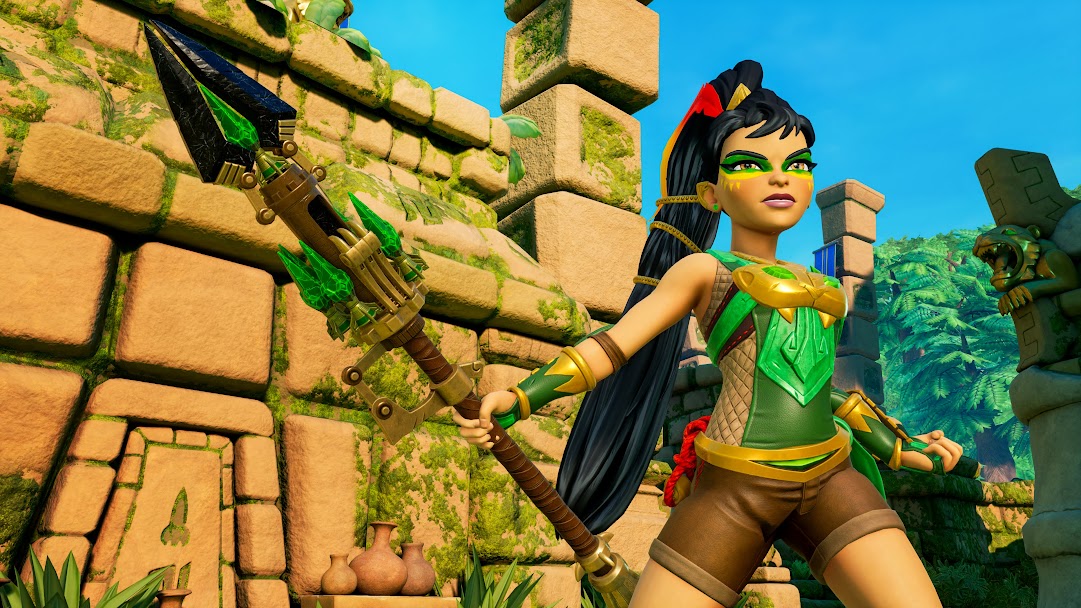 To add to today’s excitement, the Twitch Rivals Program is hosting the Rocket Arena Crater Cup, a round-robin-style tournament where eight teams of the top rocketeers, captained by notable gaming influencers and streamers, will compete in 3v3 matches for the chance to win $100K. The tournament will begin at 1PM PT today at Twitch.tv/twitchrivals and anyone tuning in will have the chance of getting a free copy of the game through code giveaways throughout the event. For more information, check out our blog. 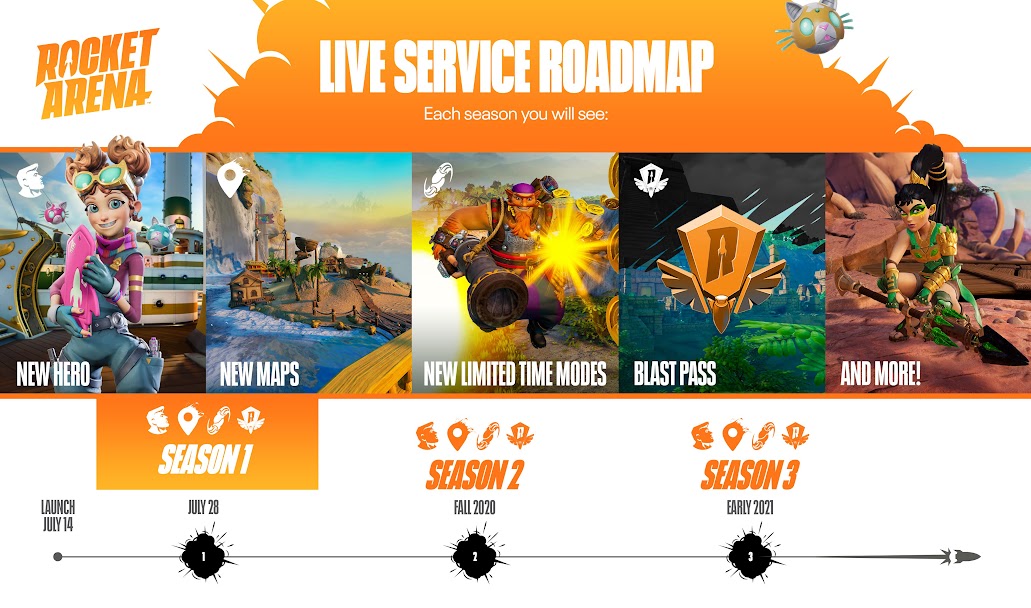 Final Strike Games has a slew of content planned for Rocket Arena’s launch and beyond. Rocket Arena will follow a seasonal model approximately around 3 months adding new characters and limited-time events featuring new maps and modes free for all players. Each season will dive deeper into the lore behind the heroes and the world of Crater while also introducing a wide variety of new cosmetics, a Blast Pass, new ranked season, and much more. The first season of Rocket Arena is scheduled to kick off on July 28, just two weeks post-launch, bringing a new playable hero – Flux, over 10 new playlists, representing Rocket Arena’s social, PvE and ranked modes and daily and weekly challenges. For more information on Rocket Arena, head to RocketArena.com. 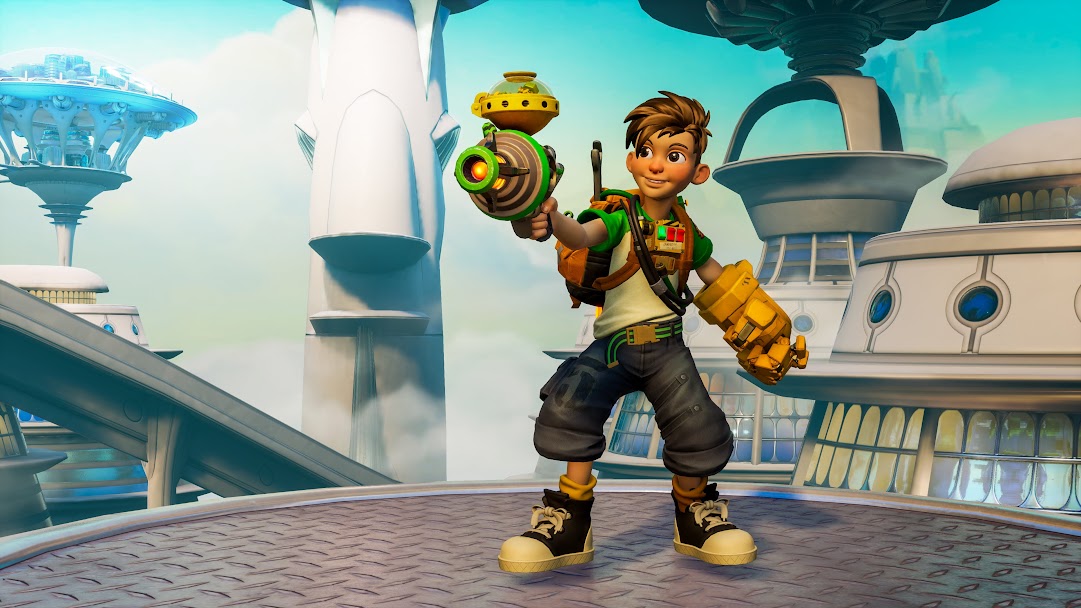 Rocket Arena is rated T for Teen by the ESRB and is available now on PlayStation 4, Xbox One and PC via Origin and Steam. The Standard Edition can be purchased for $29.99, The Mythic Edition can be purchased for $39.99, and features all content in the Standard Edition plus the Mythic Guardian Phoenix Jayto Outfit, the highest tier cosmetic available in the game alongside 15 custom effects, 3 Epic cosmetics, 2 Epic VFX trails, and 1,000 Rocket Fuel, enough premium in-game currency to purchase the Season 1 Blast Pass (for 950 Rocket Fuel). 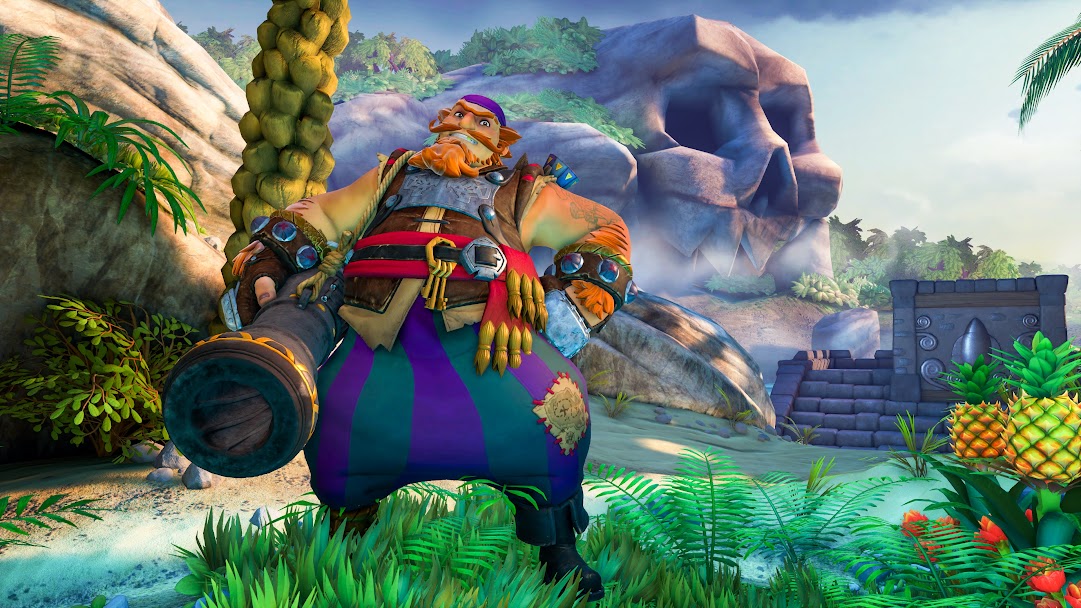 The EA Originals label helps shine a light on some of the best games from the most passionate and talented game studios across the globe. To stay up to date on games from the EA Originals label, visit http://www.ea.com/ea-originals. To learn more about EA Partners and their approach to supporting independent studios, visit http://www.ea.com/partners. 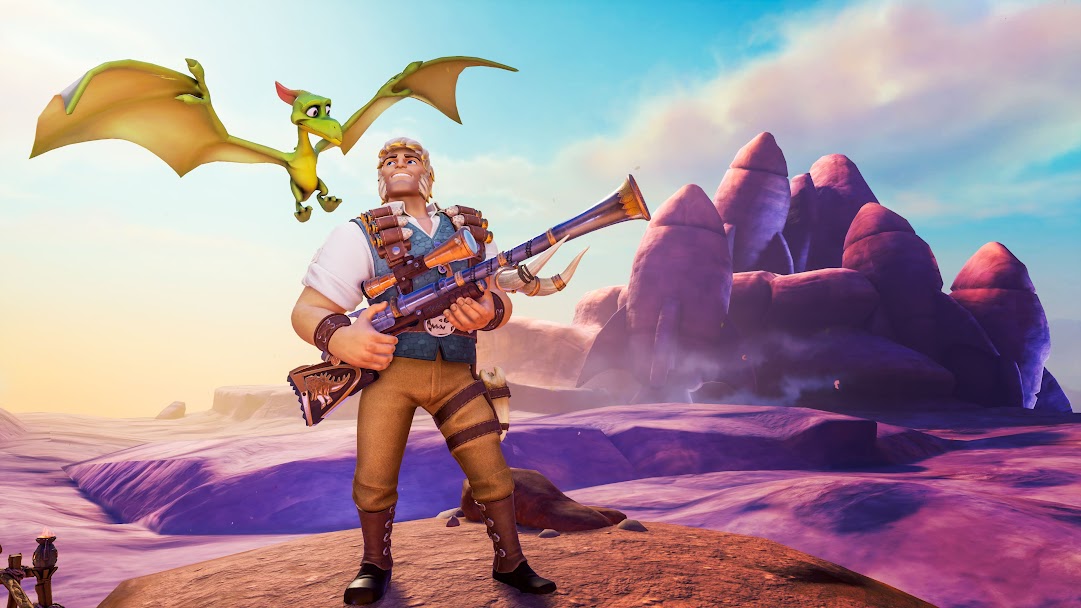 Origin Access Premier members have unlimited access to the Mythic Edition of Rocket Arena on PC starting today. EA Access and Origin Access members receive 10% off the full game purchase*, along with the exclusive Epic Show Time Mysteen outfit**. For more details or to become a member, visit ea.com/subscribe. 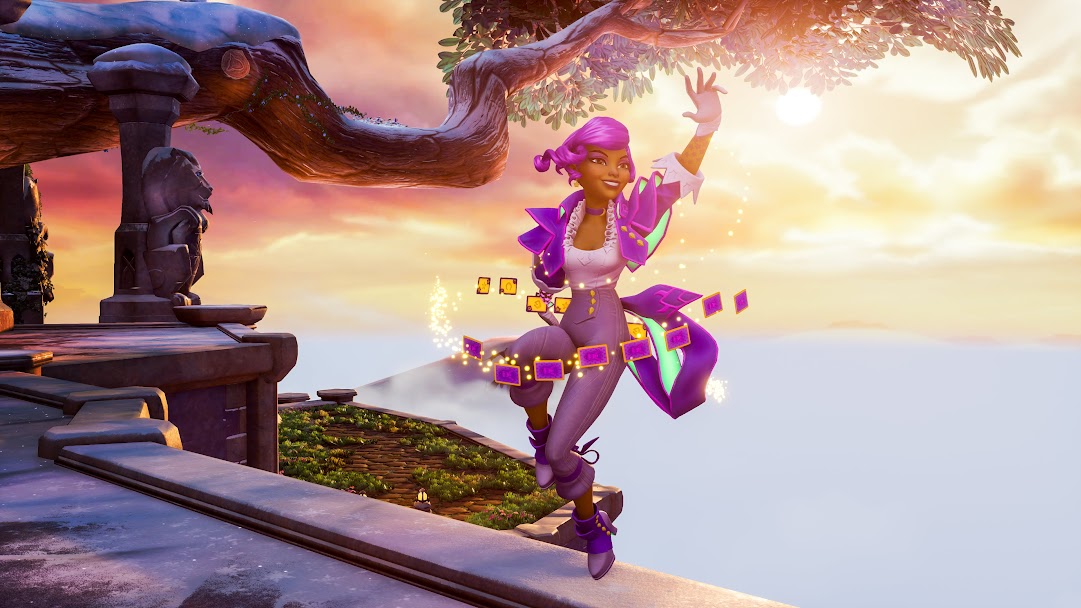