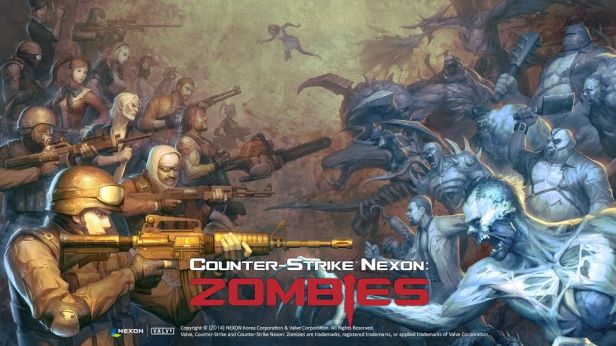 Nexon Europe launched the highly anticipated free-to-play Counter-Strike Nexon: Zombies on Steam this week for players across North America, Europe, Oceania and the CIS region. Gamers will experience everything they loved about the original Counter-Strike, in addition to many updated modes, weapons, characters and of course, zombies. The fast-paced and dangerous undead add a whole new dynamic to proceedings, making for frenetic action across a wide variety of maps.

“Counter-Strike Nexon: Zombies provides players with a wide variety of gameplay options, from traditional death-matches on classic maps to zombie boss fights in unexplored territories,” said Kenny Chang, CEO of Nexon Europe. “We greatly value the feedback we received during the public open beta, which helped us make important decisions about the future direction of the game. I hope you have a blast playing Counter-Strike Nexon: Zombies.”

To celebrate the launch of its new competitive first-person shooter, Nexon has planned five different in-game events in which a wide array of items and weapons can be won. In the coming weeks, these events will be updated and expanded according to player feedback, to form whole new elements of online free-to-play gameplay, allowing Counter-Strike Nexon: Zombies to continue evolving.

To play the game for free, just head to the Steam page at store.steampowered.com/app/273110?l=english.