UPDATED & STILL UPDATING: 10/13/20 As I Work My Way Through The Game Again. I just want to make this post look good again so expect updates of images and new videos through out the week.

Transformers: Fall Of Cybertron is making moves right now. The game is still got a lot of hype and its been out for awhile. Have you got your copy? If you haven’t what better time then now. With tons of DLC that includes crazy customization for your character online. You can create your own Transformer or choose to go with greats such as the Dinobot, Grimlock or Insecticon, Hardshell.

To celebrate the release of the Massive Fury Pack. I got in contact with Dave Cravens, Senior Creative Director atHigh Moon Studios.  Also, shoutout and appreciation to my contact Kelvin Liu over at Activision making it happen. You got to check out this interview cause just like my boy Kelvin Liu says “He’s a funny guy!” 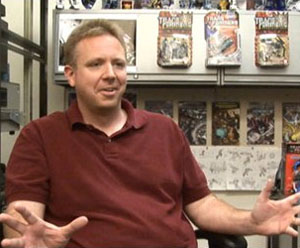 AntDaGamer: So you guys have made tons of Transformers DLC. Out of the team, which one is the team’s favorite?

Dave Cravens: Tough call, that’s like asking a parent who their favorite kid is.  But for us as a studio?  I’d have to say the Dinobots have carried a special place in most people’s hearts.  The good news is EVERYONE is super passionate about whatever their favorite Transformer is here.

Dave Cravens: For our DLC pack, I’d have to say my favorite Dinobot is Slug.  I like him because he’s smaller, and quicker than his brethren and still packs a punch.  In REAL life I’d go with Snarl.  As a kid, he was my first Dinobot I ever got as a toy.

Swag Out Your Four Classes With Transformers:FOC DLC!

Dave Cravens: Hardshell.  That guy is a bruiser in multiplayer.  Real “fake” life?  Sharpshot.  He just looks cool to me.

AntDaGamer: How often do you guys play the game since release?

Dave Cravens: You’ll find most of us online a good amount during the week.  Once it came out, I was sure to play through the entire single player campaign right away because I wanted to experience it as a fan would.  If I do say so myself, I think we as a studio ROCKED IT!  You’ll see me online now and then causing trouble.

Dave Cravens: What? WHY?…

AntDaGamer: Why where some of the characters original names changed in the game?

Dave Cravens: We don’t have any control over that, that’s a Hasbro decision, and I’m not always privy to what the reasons are.

You now can activate G1 Prime With Massive Fury DLC.

AntDaGamer: How much can we expect out of Tranformers Post Launch DLC? What all is planned?

Dave Cravens: Unfortunately I can’t speak of the future.  Always shifting the future is.  Difficult to see.  That, and I’m not allowed to talk about it.

AntDaGamer: Is there anything you guys wanted to do with the DLC that you couldn’t make happen?

Dave Cravens: As a developer, there are always things you want to do with your game that you don’t have time for.  That goes for DLC too.  That goes for anything.  Its bittersweet to talk about it publically, because then fans would be all—“Oh scrap!  That would’ve been awesome!  Why DIDN’T you do that?”   There are a thousand reasons NOT to do so many things, the least of which are never time and money.  What I AM impressed with is how many things we DID accomplish in the DLC and the game as a whole!  We as a studio are very proud of that, and firmly believe this will go down in history as the greatest Transformers game of all time.

AntDaGamer: Can we expect another Transformers game of this kind in the future?

Dave Cravens: You and that future again!  Let’s live in the moment.  Right NOW you have the greatest Transformers game of all time on the shelf of your favorite retailer just WAITING for you to buy it!  I hate wasted potential, so help that brand new copy of our game live up to its potential!  Play it hours on end, and bask in every minute of awesome enjoyment you can out of it!  Seize the moment, EGM readers.  Seize it today!

Check Out The Screens Before Leaving! Subscribe for news updates in your mail and check out my twitter for all updates from @AntDaGamer at the minute they happen. Yooo!